You are here: Home > Asia-Pacific > Hawaii Progresses Towards Creating Better Opportunities for Persons with Developmental Disabilities

Whether Matthew Sakamoto would be able to hold a job after high school was always a big question mark. Sakamoto was born with a cognitive developmental delay. At 19, the Roosevelt High School student reads at a level akin to an elementary school student. But he also has a friendly, unreserved personality and a vigor to learn.

Sakamoto is one of six interns from Roosevelt who are now building their resumes within Outrigger’s food service, bellman, housekeeping, maintenance and administrative departments. The goal is to equip the interns with the competitive tools and experience they need to land a job in the hospitality industry upon graduation from the program.

Members of Outrigger’s management team said the hotel group will consider hiring some of the interns in June.

Generating a more robust supply of meaningful employment opportunities is an important part of a systemwide overhaul underway at the Hawaii Health Department’s Developmental Disabilities Division. 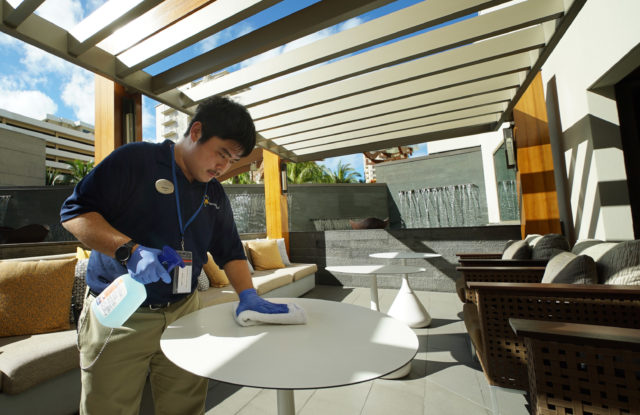 In 2014, the federal government issued a final rule establishing enhanced standards that require states to offer people with developmental disabilities more opportunities to set their own goals, choose their own pursuits and dictate their own schedules. To comply with the rule, Hawaii health regulators are retooling the state’s programs and services to better cater to participants’ individual needs and wishes.

States have until March 2022 to implement the changes.

“It’s a watershed rule that says you can’t replicate the experience of being in an institution in the community,” said Mary Brogan, the division’s administrator. “We can no longer have people spending six hours a day doing a meaningless activity, like puzzles or building headsets for airplanes, where they are isolated from the rest of society. And that is how a lot of these people have been treated.”

She added, “If people have other life goals — if their vision of a good life is not to sit there and do puzzles for the rest of their life — and what they really want to do is to have a part-time job or to be able to garden or have a boyfriend or pursue some other interest, then they should be able to do that.”

Setting Goals For The Future

The division serves nearly 3,000 Hawaii residents with intellectual and developmental disabilities, such as cerebral palsy, epilepsy, autism, Down’s Syndrome and Tourette’s disorder. Its annual budget is jointly funded by the state and federal government, which contributes about $1.13 for every state dollar. In fiscal year 2019, the state contributed $65 million.

To ensure ongoing federal funding, Gov. David Ige has requested a $7.7 million budget increase to the division’s budget in fiscal year 2020 and a $5.8 million jump in funding in fiscal year 2021. The funds would help implement planned program changes by providing higher pay to developmental disability workers.

For Hawaii, the new standards represent a drastic change in approach for housing and service providers, as well as for people with developmental disabilities themselves. 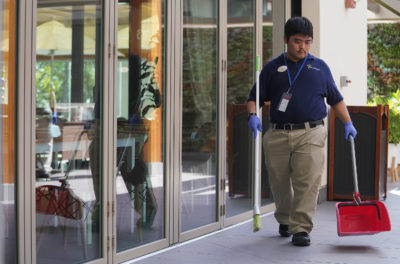 Since working with Outrigger Hotels, Sakamoto’s new post-graduation plan is to get a job rather than enroll in a day program at a health center.

Sakamoto has so far excelled in the maintenance department, where he wields a two-way radio while troubleshooting crooked wall hangings, clogged sink drains and dusty air vents.

“He’s a lovable character, just the way he interacts with people,” said Mitch Yokoyama, assistant general manager of Outrigger’s Hokulani Waikiki By Hilton Grand Vacations Club. “He’s very open and always engaging. After this program, we’re all going to miss having him around here.”

In June, when the program ends its inaugural year, Sakamoto’s parents hope the hotel chain — or another Waikiki hospitality group — will offer him a job.

“He really flourishes in an environment like this — nurturing, full of aloha,” said Guy Sakamoto, Matthew Sakamoto’s father. “He’s never had an experience like this and it’s something we always wanted for him.”