You are here: Home > Asia-Pacific > Assistive Robotics to be Showcased During Tokyo Summer Olympics

Assistive Robotics to be Showcased During Tokyo Summer Olympics

Next year, the world’s top athletes will compete in the Tokyo Summer Games. Some of Japan’s biggest companies will also happily be using the opportunity to show off their latest technologies — namely a fleet of robotics aimed at helping human spectators navigate around the event. 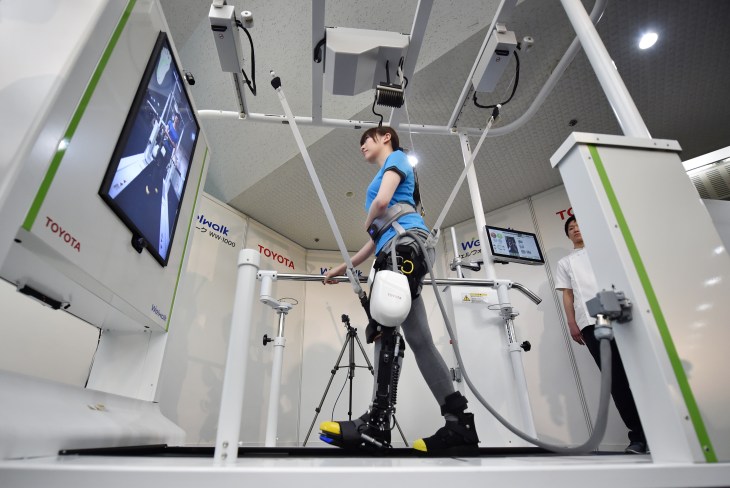 Officials behind the games showcased some of the technologies that will be on display, during a press conference this week. The event is set to show the world Japan’s close working relationships with robotics designed to help an aging populace.

“Robots should not overwhelm people,” Tokyo Olympics Vice General Director Masaaki Komiya said at the event. “Robots are something that have an amicable relationship with human beings and can work together. That’s the kind of robots we envision.”

Toyota, a long time developer of assistive robotics, will take center stage here. The company is a key sponsor of the events bringing 16 support robots to the games, along with delivery robots. Fellow sponsor Panasonic will also participate by bringing 20 robotic exoskeletons to help transport luggage and lift other heavy objects.

The Olympics provide the perfect spotlight for the technologies, as a curious world tunes into the games. But the technologies on display here also fittingly highlight a less flashy side of robotics than we’re accustom to seeing on international television. Instead, they’ll provide a showcase for the role robotics will play in the short term future of many of our day to day lives: providing assistive technologies for those who need them.